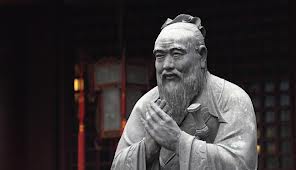 I like to research and dissect different things til I have nearly exhausted all resources.  I get on a topic and then look at everything from books, to the web, to other opinions until I feel that I have enough information to move on.  I do this frequently, I do this a lot.  And it is part of the different obsessions that I can’t seem to walk away from.  Really, who needs to know everything about organic natural beauty?  Who needs to understand the historical significance of Easter Island?  Does it really matter who the first person to be electrocuted by a court of law was?

But it is something I enjoy and can often do at places like work when I am bored.  It gives me something new to focus on, and usually gives me fun tidbits that will lead me down different paths.  My momma used to always say, “at least you will have something to talk about at a party”.

This week I have started delving into Traditional Chinese Medicine.  I am reading a book, trying to wrap my mind around which organ (liver or spleen) is an yin or yang, Qi or Shen.  The terminology isn’t difficult, understanding each separate aspect isn’t difficult, it is putting it all together that seems to trip me up.  Traditional Chinese Medicine (TCM) believes that the spirit, the emotions, and the physical (body) are all linked.  TCM believes that prevention is smarter than curing, and it believes that all symptoms point to a larger problem than what Western medicine so easily fixes.  Have a rash?  Could be your lungs aren’t functioning!

I don’t take everything I learn as gospel; not even the historical biographies I like.  Instead I try to use my own common sense and determine what part of this world makes sense to me. A lot of TCM, which is determined to be anything from 2,000 to 5,000 old, may be fact or it may be fiction.  In a culture that doesn’t like art or feelings, and thinks that autopsies are illegal, makes me honestly wary about how much they could know.  But on the other hand, I like the idea that each symptom is most likely the body’s way of alerting itself that something is wrong.  Because what is often wrong, isn’t something as simple as a cold; nor is it always as complex as a cancer.  I think that Western Medicine’s research, and TCM’s theory should find itself married.

But there is one aspect of TCM – and actually a lot of the traditional or alternative medicines – that can be damaging.  TCM doesn’t know what to do with bi-polar or some of the more intense mental disorders.  Confucius seems just as confused as the rest of the world for why something like cleaning ones Qi doesn’t solve the problem.  While Confucius is credited with developing the idea that it was the ancestors mistakes that were passed down into someone with a mental disease (and therefore, not the patients fault – whew) there doesn’t seem to be more than that idea.  It’s the fault of someone else, let’s all move on.

But mental disorders (and this is a major issue with me) can not be easily cured, or helped by eating salty foods for instance.  It isn’t necessarily the spleen’s way of saying that the Qi is not moving through the organ properly, and it is not necessarily the result of an imbalance within the body.  It is the brain, and there isn’t one person on this earth, Confucius included, that can honestly say they understand the brain.  It simply isn’t possible.

So while I look for all these new answers, I run into frustrations.  I don’t know if I am secretly looking for a way to miraculously get better, smarter, prettier or what.  I don’t know if I am secretly looking for an escape, a reason, a less guilty conscience.  All I know is that throughout history, through all my research there is not one person, not one medicine, not one little iota of hope that there is ever going to be anything like normalcy in my disordered life. But almost daily I research something new; I look for that spark of hope in the history of this world to finally give me a simple day’s relief.  Even if, the only relief I get is the search itself and the only thing I can talk about at parties is criminal deaths.