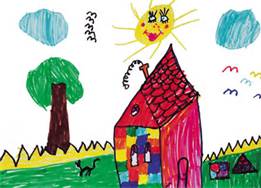 I have found as I grow older that the things I am truly afraid of has diminished. This may because as I grow older I am learning the truth about those things I fear the most, or maybe it is because the fears I do have are now so great they swamp the little things.  I am not sure.  Where once I was afraid of every little sound in the dark, now I am only afraid of the screams. While I am petrified of snakes, I have learned that if I don’t go for a walk through the woods I am less likely to encounter any.  I have learned that there are fears that you can avoid through diligence and intelligence, and I have learned there are fears that can be mitigated by reality.  But there are some fears that no matter how often we whisper are untrue, no matter how many beds we hide under, are a part of our lives. They live front and center; they are in our spaces and they weave themselves around us like ghosts in the night.  Not much we can do about them, despite being smart enough to not think about them.  They are there, under the surface, in the dark closet waiting.  And no flashlight in the world will chase them away.

I went to a family wedding this weekend. On the surface, not a scary thing at all.  My family is on the dramatic side, and tend to lose sight (really easily) of what is most important in return for some sort of illusion of control and the drama it creates.  They are loving, dependable when the chips are down, and just a little bit insane.  I fit in beautifully.  I have aunts that are loud, aunts that are demanding, always of perfection, a mother who usually is caught somewhere in the middle in her quest to make everyone happy, and a grandmother that is difficult.  It is with my grandmother that my true fear lies.  I can deal with loud and unafraid of embarrassment; I can deal with the quest for perfection.  I can even deal with my mother’s desire to make everyone happy and usually failing hopelessly.  I am old enough to be amused by it all, and to enjoy the dynamics from the sidelines.  Unfortunately, my grandmother is a different story.

I must back up a moment and tell you that my grandmother is the one woman in this whole world I am most likely to grow into.  Like me, she is bipolar.  Like me, she has suffered incredible thinness her whole life.  Like me, she gets unbearable stomach aches as a way to handle stress or upset.  She has, more than anyone else, understood me my whole life.  She spent hours upon hours talking to me, teaching me about this disease and what I could expect.  She was a Godsend because she was someone who might not have successfully traversed this disease, but she did live it.   She may have done everything wrong, but she at least did it.  I could listen, I could learn, and I could theorize about what to expect.  She allowed me to see that while the way to survive this disease wasn’t by walking down her path, there was a path waiting for me.  She was always adamant that I not turn into her, that I find my own way, and that was a great gift.  I did and try to do things differently from my grandmother.

My grandmother had this disease in the 50s.  She had this disease at a time when alcohol and shock therapy were the cures.  She spent months away from her children in mental hospitals.  She was terrifyingly mean, and she had no idea she was so.  Her husband stepped out on her because he wanted something soft, something beautiful, something normal.  He needed to find joy after living, and yes, loving a woman who edges were sharper than most knives.  While my grandfather could keep my grandmother somewhat in line, there were times he too had to survive.  And he did so in other women’s arms.  I can’t find myself blaming him.

My grandmother is mean.  She will knock your teeth out with the hurtful things she says.  She is smart enough and intuitive enough to go after those spots that are the weakest.  For my mother those spots are glaringly obvious and my grandmother (her mother) will go after those spots with the dullest knife, the knife you don’t mind your children playing with.  And then she will start on the other children, and then on the grandchildren.  She rarely, if ever, goes after me.  I am not sure if that is because she recognizes me as herself, or if she honestly knows that I will put her in her place so fast her head will spin, because I can see exactly what she is not saying.  I understand her, and even know why she is saying hurtful things.  Not to be hurtful, but because she wants control, she wants to rid herself of all her spinning out of control emotions by seeing her children’s faces.  It is a lash, a control mechanism. It is neither real nor does she even accept what she is saying.  Ask her the next day and she won’t remember any of it.  She is doing it to feel like she isn’t all alone in this world.

At eighty-three she has lost her husband, her home, her control and much of her motor skills.  She is lonely, scared and lost.  Doesn’t excuse her behaviour, but that’s how she handles things.  It is how she deals with a mind that simply can’t handle the stress and the worry that surrounds her. And she doesn’t have my grandfather to yell at and remind her to get over it.  She has children that are trying to baby and take care of her.  In many ways, she has not only lost control, but she has lost large parts of her dignity.  She is lost, and lashing out.

I know what she is doing, I know why she is doing it.  And despite the fact I keep telling everyone that she needs medication, her children seem to simply want to suffer.  I can’t change that.  I can’t make them see that she is not being mean because that is her nature, but rather that is her defense from the very real fears that she has.  She certainly doesn’t know she is doing it.  And she doesn’t have the capability to care.  Instead, her children will continue to baby her, when that is exactly opposite of what she needs.  Instead, her children will suffer because they have no concept how easy the solution really is.  And there is nothing I can do, but feel my heart breaking for all of them.

I am scared of being my grandmother.  The women in my family tend to live long lives; on both sides.  I don’t have a lot of diseases that are genetically running through my veins that my shorten my life.  Unless you count bipolar.  Instead in many ways the odds of me living into my nineties or beyond is relatively high.  I don’t know what the odds of my husband living that long are; too many factors on that one.  But what happens if my beautiful daughter gets “stuck” with me?  What happens if my beautiful daughter gets hurt or worse because I am out of control?  What if there is no one there screaming at the my daughter to get me on medications? What if she ignores it as much as my grandmother’s children are ignoring it?  My grandmother is intentionally hurting her children as a way of coping.  Will I do that? And will my children ever be able to understand why? Will they understand that the cure might be really easy?  Will they have any concept on how to handle a disease they have never had?

Can’t hide in the closet with this one.  Can’t avoid the woods to simply avoid the fears.  Instead the fear of the unknown, the fear of what cost my children will pay keeps me up at night.  Most mother’s have similar fears, about alzheimer or other debilitating diseases.  But mine stares me in the face.  Mine is right there every time I go home.