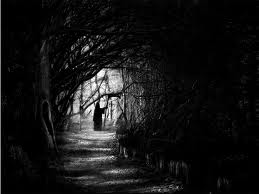 I have a horrible disease.  I have a disease that sometimes destroys everything that I hold dear; my confidence, my belief, my faith and even my ability to cope.  It takes away my breath, my will and all the strength God gave me.  I never intend to cave, to fall apart; but part of who I am is the necessary reality that there are days/weeks/moments that all that I am, and all that I can be, simply doesn’t exist.  This is my reality.

For the last week, I have been in an episode that is so hard to explain.  I didn’t eat a single meal for four days, although I was so thirsty I couldn’t quench that desire no matter how many bottles of water I drank.  There were days that I didn’t sleep but one or two hours, and then days I didn’t want to do anything but sleep.  I didn’t have the ability to find myself, or give myself a break.  I simply sat, walked, and worked in a daze that only an unlucky few will ever have to experience. I existed but didn’t want to.

In most cases I can actually predict when this is coming and take the appropriate steps to minimize the damage.  This time, the build up was so gradual and came from so many places, that the moment I found myself in the middle of the episode there wasn’t anything to do but try very hard to survive. Survival was the goal, the end point, the only thing I tried desperately to hold onto.  I could go on and on about this summer and the long list of things that probably contributed to my downfall; and part of it was my fault for burying so much these last months that the only way I eventually cope is to simply lie down and not get up.

There are blessings even in the darkness. If you look hard enough, and breathe softly, there are gifts from God himself.  For me, it is my husband.

Being the husband of a woman with a mental disease, is not easy.  There are ups and downs, and everything in between.  There are moments of sanity and moments that simply can’t be explained.  There are times when you have a partner and there are times when you are all alone in a crowded home.  There is fear, fear of the unknown and fear of the possibilities.  And there is always the knowledge that this time, it may be more real than you can handle.

My husband has watched me fall apart, and he has watched me pick up the pieces.  He has been forced to turn for help, and he has handled what most people would want to walk away from with a sense of not only duty but compassion.  It is an amazing gift to have a husband that is compassionate.

He drives me nuts sometimes.  I could spend hours on the things that he does that drives me up the wall; but I would rather concentrate of the glimpse of the sun he gave me. He gave me a gift this weekend that I want to acknowledge to the world.  And it was a gift not to a bipolar maniac, but to a wife, to a friend.  It was a gift of normalcy; and for someone who is going through life alone and hurting, it was gift that was as great as any he could have bought.

Some days I think I was promised so much more than this world has given to me.  Then I think about the selfishness of that statement, and wonder if I am not given exactly what it is I deserve.  Life isn’t easy for anyone, and while I wouldn’t wish this disease on anyone, in many ways I glad that I have it and not my sister, or my mother.  If someone has to be mentally ill, I am glad that it is me.  Not because it is fair, not because it is easy; but because should anyone have to fall I would rather it be me.  If anyone else on this earth has to suffer knowing that you may not be able to get up tomorrow, I would rather that be me.   If anyone else on this earth has to know without a shadow of a doubt that there are going to be days of horror and fear; I would rather it be me.  Not because I am in any way good, but because the darkness of this disease isn’t something easy to navigate through.

Sometimes glimpses of sunshine come through even for those with an illness like mine.  And while they seem like nothing to the world, to someone who couldn’t even be alone, it is a gift.  I couldn’t be alone this weekend, I recognize the truth of that; I don’t know if I would have survived it.   I don’t know if this weekend wouldn’t have been the weekend when I simply walked away.  But this weekend I didn’t have to walk anywhere, because my husband gave me a safe place to rest.  It was a gift greater than diamonds, and more precious than even the child we created.  It was a glimpse of the very light this darkness cannot fight.

5 thoughts on “Glimpses of the Sun”