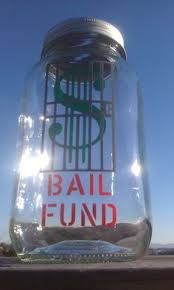 There is a single mother across the street from me who lives with her mother, her twins, and a brand new beautiful baby. From neighborhood gossip, and what she herself admits to, the twins and the baby have different fathers and she is absolutely and completely miserable.

I am the kind of person who often brands or at least assumes knowledge about other people without actually verifying facts. Once I say the judgement in my head, I am the first to scold myself and roll my eyes at my own audacity for believing that I can guess anyone’s life; but there is still a little bit of fun in imagining.

The single mother across the street has what most would say, ‘her hands full’. I would say that those kids should be glad they aren’t mine or I would have killed them or myself by now. I don’t handle most children’s behavior very well, and certainly could be counted on raising these two much differently.

They are simply children. They are hyper, rude, lack manners, and have no discipline in their lives. They don’t listen when their mother gives them instructions and they are often screaming around the neighborhood like two hooligans. Their own mother swears she is saving up bail money now, despite the fact they are only six, in an attempt to try and find some humor in her children. Even this afternoon I watch the boy, with his backpack still on, get on his back (sans helmet) and ride off as fast as he could before his mother caught him.

There was a time in my life when I would have eagerly looked down my nose at this woman and her children. I would have believed, despite the fact that I didn’t have children, that my instinctual mother gift given to me at the first sign of menstruation, knew the best way to teach those children how to behave. Most of us have been here. Those times you sat in a restaurant and were appalled at the parents for letting the child cry/play on the back of your seat/or simply exist in the same air that you breathed have sheltered us all in their illusions. Then you got children and you realized the truth – you don’t know a thing.

I have learned that you often can’t blame a child for much of anything. A child comes into this world innocent, precious, and a blank slate for all the crap both their parents and their world will teach them. There is an old joke about therapists always asking their patients about their mother first; and there is a reason it is so popular. Children come in different packages and different temperaments, and there is more and more compelling evidence that some of our characteristics are governed by the brain we are born with rather society’s examples.  We are born, according to science, with certain ins and outs, and the rest we learn from the sources that are closest to us.

Having a mental disease myself, I am more compelled than many to believe that while we learn certain things from our surroundings, it is what we are born with that truly effects the kind of person we will become. Maybe it is just wishful thinking on my part, this idea that I was born with a brain defect rather than the idea that I actually was taught this way.

Back to the mother with her bratty children. There is no doubt that those children are in fact, bratty. There is simply no way anyone with an ounce of common sense would look at those two children and find much to praise about. I am sorry to say it because deep underneath, or at least when I tell them how it is going to be in my yard, they have amazing potential to be something they are never allowed to be. Good.

Being a mother is a tough thing. There are no rules, no books that will answer all the questions, and so much judgement and meanness about the whole thing that there are times it is a wonder that children exist at all. Had I known half the looks, or the judgement, or the simple deluge of advice a mother is forced to listen to, I might have rethought this whole thing. (Too late now).

I watch this mother across the street, the same as I have watched hundreds of mothers who have no control, feel frustrated and embarrassed. They want their children to be perfect, with great manners and listening skills, but what they got was exactly the opposite; and it is usually these mothers who are the last to know that it was in fact them that taught their kids the bad manners and horrible listening skills. It is really an impossible situation. The mother is frustrated and embarrassed about the very attitude they encouraged.

I need to stop and make one thing perfectly clear; I do not now nor have I ever had perfect children. My children have their moments of greatness but they also have their moments when I literally look at them like they have grown a second head; and I never understood that expression until I actually had kids. My children fight, they don’t listen to me, tell me what to do instead of asking, and forget please so many times I am thinking of having it tattooed to my forehead. They are not perfect; but there is a sharp difference – I have taught them fear. Fear of me and fear of their father.

I treat motherhood like I treat most things. I give it my all in the beginning and then slowly let go. For instance, my children have no the power of the words, ‘excuse me’ since long before they could talk. Those are my magic words. They are the words that if you hear you know to run and hide and fast as you possibly can go. My children know that if they hear these words they better back peddle so fast that they end up in Argentina.

Because I establish this and other fearful things in my children’s lives, they don’t question nor ignore me.  And for my children and my relationship, this also means that I can now let a few things go (just a few) in order to allow everyone to have a good time.

Ultimately, I have no advice for mothers; I keep my mouth shut. I don’t know the best way to raise your child and I would be happy to wager that no one (not even your mother) can really help. The relationship between a child and a parent has to develop on its own, in its own way.

Will I still sit in judgement behind my thick sunglasses, probably. Will I still find myself embarrassed because I thought I knew more than the mother across the street, no doubt. Will I still wrinkle up my nose at other people’s children, and look at my children with a whole new set of rules, yep.  And did I start my bail money jar the day they were born; you had better believe it.