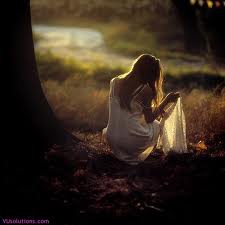 The other day I was speaking to someone about my blog. I don’t enjoy talking to people about my blog. Not because I am not interested in people reading my blog but because it is one of the few places I have total control.

No one gives me ideas for topics or pushes me to explore a certain idea. In fact you can almost bet that anyone who tries will find that I don’t follow the advice at all. I may even immortalize the action of trying to tell me what to do so all may know. The only down-side of this, of course, is that when I am blocked by whatever muse is supposed to be sitting on my shoulder there isn’t anyone I can turn to. It means that there isn’t a post everyday – which I don’t think Word Press likes.

Soccer moms and wannabes the world over believe they know what the idea of control in a sexual relationship looks like because they read three books by the great Ms. James. They believe that by reading those little snippets of someone tying you up a person can understand a dominant and submissive behavior. No offense to Ms. James but the books that are so popular as to be ridiculous aren’t actually about dominant or submissive behavior. Its kinky, but it’s not submissive.

By the way it needs to be noted that if you read a book and then pretend to act out the scenes in your own bedroom your likely to get hurt. And if you are not careful, playing around can be very dangerous. Read something other than Ms. James and the Romance section if you think you want to try this. They have many how-tos from spanking to tying someone up. Read first.

Now that I have gotten off that soapbox let me return to what I am really trying to say. A passive person is defined by outside influences and while it has some relative connections to the sexual themes that you may wish I was speaking of it can also be very different.  Many people who call themselves passive or introverted often believe they are the type of people to get walked on, to be treated poorly, or even that they can’t have opinions. Many people asked to define passive and submissive behavior will speak of quietness, their shyness, and the interest in not going to parties.

Like you will find throughout my blog, I dislike labels. I dislike putting a person in a box and defining them as just only. I believe that we are all complicated. We are human and while we may tell our children that everyone makes mistakes we all tend to ignore this sage advice when it comes our own turn.

In my mind a passive person is one of the most complicated personality types. Because you can’t define a passive person using one or two words. The personality rarely comes from tragic pasts or even historical events. It is born within you. And while you may slowly and steadily learn that you are in fact passive, you may not always act like it.

I am a passive person. Despite the fact that my husband loves to tell everyone within hearing distance that I am “liberal, feminist Democrat” it isn’t that easy to define me. It is a trip that I have struggled to come to terms with these last couple of months when my marriage has been on the brink of that slippery and muddy road to divorce.

I am passionate about discovering who and what I am. And on this journey of discovery one of the things I found to be almost the gospel truth is that we change. Times change and we change sometimes with them and sometimes very much against them. Who I was twenty years ago has very little resemblance to the person I am now.

I know there are very lucky people out there who are the same person they were when they were born.  They know who they are and they know what they are. There are no surprises, no considerations, no wishy-washy behavior. They are true to themselves because they are only themselves. They can trust in their minds, souls, their reactions, and their beliefs; because it never changes they have the confidence of understanding.

I am not like that. I think sometimes I change on a daily basis. Sometimes it seems that I spend all day moving from one extreme to the other; kinda like balancing on Justice’s scale and never quite finding that magic spot in between. The cause is simple to explain; I have a mental illness. It means that there is change. It is the definition of the disease.

Even with the acknowledging of this change I find myself constantly having to shift viewpoints.  One minute I am high on the swing with nothing but the fathomless blue in front of me and the next I can see the marks and drags of the thousands of children before me. Despite knowing the basics I am not the same as I was so long ago. Maybe I have grown up; possibly I have grown down. But I have budded a completely different color than those long ago winters.

These days I tend to avoid conflict like the plague. I don’t put myself in contentious arguments and will often go out of my way to be sickly sweet so that the person I am facing thinks well of me. I smile and answer questions that I hate like, “how are you?”. And I will allow others the right to push me in the direction they wish me to go. I am learning as I age that I don’t want to be a boss of someone, I don’t want to shop at the grocery store at six o’clock at night when it is so busy, and I will literally react in a profound and loud way during tense situations but not with anger, instead false laughter.

I don’t talk about my feelings, I don’t share my thoughts – at least the good ones – and I hate to be touched. I will shrink away from everyone’s touch including my mother’s and my husband’s because sometimes the feel of them are actually painful. I am not interested in inventing the next great tool or even to volunteer at my child’s school. When someone is mad at me, I shut down. When someone embarrasses me, I shut down. When someone talks about me like I am not there, I will find myself shutting down.

I would rather my husband get his way than to fight about it. I would rather lay there and have sex than admit that the touching is painful. I would rather spend weeks with my mother searching for the best apartment than stating that I want to do it alone and form my own opinions. And the idea of showing off my brand new jeans in some little show between the girls in my family can lean to me excusing myself to the bathroom to literally regroup.

I am not in an abusive relationship although I can see where that would be possible; for the most part I don’t even see others treating me badly. My mother has to point it out. I literally don’t see it. I don’t like making decisions and am uncomfortable suggesting anything to the point that I eat food I hate.

There are times I am assertive. I think I am more assertive when it comes to the children. I think that when someone or something is being abused or hurt I can stand up. But it comes with a cost. And often a high cost. I know that I can fake my way through every situation at the expense of everyone in my life. I can literally put on a different face and teach my husband that what he knew about me was wrong. I can be mean, not with words so much, but with my actions. I can hurt someone intentionally.

But as I age I find the passive behavior is more prominent in my life. I see that simply walking away, simply not engaging is sometimes not just easier but preferable. This disease allows me the pleasure of being anyone I want; convincingly. But what I really want is the silence of a life alone.  And as I retreat not only physically but emotionally as well, I often wonder who I will be in the next twenty years.