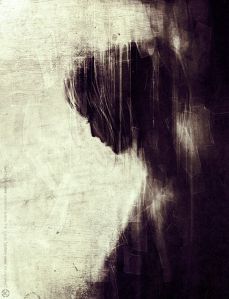 The dreaded question. The dreaded search for an answer that destroys all hope. We hear it during crucial moments of a movie when our eight year old turns and asks at the most pivotal scene. I heard it in a song the other day so artists are asking the question. There are even variations of the question: It ain’t over yet; I will be back or It isn’t over until the opera singer sings.

A mentally ill person doesn’t stop either figuratively or literally. Our brains bounce around bringing first amazing doses of pain and then unbearable moments of recognition of all that we are and all that we will always be. It doesn’t stop when the moon rises, when they throw electricity through us, and it doesn’t stop when we take more and more medication just to take the edge off.

Mental illness in every one of its forms doesn’t stop. It is an ongoing journey that requires stamina, strength, intelligence, and sheer, unadulterated luck. It requires that the person with the disease recognize that death is much closer for them than for those others looking in the same mirror. This disease requires the mentally ill to find hope and let it be ripped away; to find happiness only to destroy it and to find faith only to finally recognize truth.

Despite our periods of intense manic behavior when cleaning a whole house is easy and there is no such thing as sleep, our ability to see that what we are doing is scaring those around us does not lead to absolution. When we are in our periods of complete and soul-stripping depression and there is finally a light showing us that once again our darkness reaches those we love there is no absolution. Despite the ups there are downs. And despite the downs there are always ups.

I could sit here and spend hours telling you how wonderful you are despite the disease. I could sit here on my soap box and convince you that if you just follow exactly what I say then you will be cured. I can even spend my hours listening and dispensing advice in the hope that you will finally find peace.

But I can’t do that in truth. In fact, there isn’t a soul on this earth that can do that.

For the rest of us that consider this a crime instead of a solution there is no true alternative. In today’s world cures are usually listed as medications, therapy, and possibly inpatient hospital stays. But what they never tell us at eighteen, when we have finally been diagnosed with a disease we have shown years of signs of having, is that there is no cure for mental illness. There has been few scientific leaps of knowledge about the human brain. And there have been even less understanding of why a medicine might work on me and not on you.

Instead we have to come to terms with the fact that we will always go through an unpredictable cycle guaranteed to destroy every relationship we know. Somehow we have to learn that the best doctors out there can not prevent the days of curling up in our beds and not leaving. In someway we have to understand that the ups and downs are as much a part of us as a nose is to someone else. It’s there constantly and it is used by your body for its own purposes.

There is no good news about mental illness. I have yet to meet a person who had these diseases and decided to jump up and down in joy. Unlike cancer where you at least have a glimmer of hope, the mental diseases eradicate that long before the first week is out. There are no hopes, there are no cures, there are no miracles; good or bad you have a disease that will destroy you in some fundamental way.

It is never over because it never reaches a conclusion that will satisfy both the brain and the body. It is never over because the darkness and the light are so tangled with our brains that it would take longer to make sense of it than it would to simply learn to deal with it. The question implies that there is an ending, even one as miraculous as cures, but in the case of mental illness that is about as truthful as the idea that a therapist can change your past.

When I was born I didn’t expect to have a disease that would consume me and my family’s lives as much as this one does. If I had known I would like to think that I would have put a lot more enjoyment in my younger days. I would have taken every opportunity to sing in the sunshine and dance in the night. I would worry less and try and find the ability to put off those big questions.

Because I know now that those big questions can’t be answered by a diseased mind but they will continually live there waiting for me to give it a try. The questions of hope, truth, light, even the notion that one can fly, is completely disintegrated into the unavoidable knowledge that no matter how fine I am today, there is no guarantee for tomorrow.

My family often jokes about the fact that day to day they don’t know who or what I will be. And it took me a long time to realize that this joke, in particular, isn’t funny. Because it is true. It is never over for me because I will be up again and I will be down again. It is never over for me because not even the greatest scientists can predict how I will react tomorrow. I will take medications until I die but even it won’t stop the very real knowledge that my brain will push itself through that wall and fall on its sword for its liberty. There is no over because there is no end.

Is it over yet? No. Is it ever over? No. Should we just give up now? Absolutely.