Today I ventured out into the great big world. I had two errands to run; one, to my mother’s to get the sleds as it is that season and the other to Starbucks to get my favorite coffee.  The venture to my mother’s home simply takes time but as there was no other human around, easy for me to handle. I can’t say the same about Starbucks.

Typically, I only go through Starbucks drive-thru. I have no need to see women dressed in their designer clothes have a fit because their tea got cold while they were sitting and gossiping with their little friends. I have no need to see the mother in her exercise clothes allowing her child to have the cake pop of their choice even if this comes with a temper tantrum that simply makes the mother look bad. I have no desire to try and understand why a group of teenagers, not old enough to smoke or drink alcohol come and get extra large cups of black coffee which they physically change with the amount of sugar they add to it. When did coffee become cool?

Like I said, I stick to drive-thrus rather than go into stores most days. And if I am forced to go into a store I try to do so on odd hours so I won’t actually have to interact or see the human world. I am extremely lucky in that I have a husband who actually enjoys grocery shopping and I am learning more and more the convenience of just ordering things online.

During Christmas I found myself going to store after store. I have young children, good and kind children, who deserve to have a little extra in the holiday season. They certainly don’t get it any other time. But I ended up coming home after awhile, exhausted and sick to my stomach. I had been inundated with the horror of today’s person and I simply couldn’t handle it.

We can lament about the fact that there is a lack of manners, a lack of character, even a lack of morals all we want. People have been doing it for thousands of years. The stage at Starbucks this morning could have been reenacted in one of Europe’s courts in any of the last centuries. We know of the atrocities of the selfish and temper-tantrum world every time we look at Russia’s illustrious past. Even our own world, the world of Hamilton, Jefferson, Sam Adams, Jackson and the great old George Washington will show that mankind hasn’t changed at all. And there is even an argument that we are today, actually somewhat better than we once were. Scary thought for all of those with mental illness.

I don’t understand people and I am the last one to try and understand motives. I get my guesses wrong. And while I know the old adage that the only person I can change is myself, this simply reminds me that staying within the four walls of my world is a smart move. Within these walls there are no monsters.

However, within these walls is plenty of misunderstanding, disappointment and even anger. It makes me truly believe that the only safe place in this world is within my own mind. There the voices are familiar and definable. There is the darkness is like a blanket in which I can hide from the reality that the realness of the world exists within my world too. There in my mind is the ability to understand and look at my motives and I take the steps to finally save myself; even if that means never walking out the front door again and closing the door to those closest to me.

It becomes a question about cost. What cost am I willing to pay in order to feel safe? What coinage am I willing to dole out so that I don’t have to live in a world that literally makes me sick? What do I have to give up to exist? 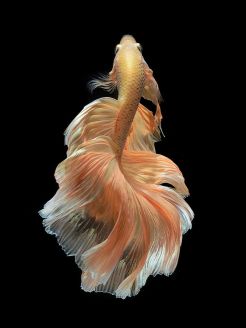 Going into the outside world causes my triggers; I have at least learned that much. Everything from sitting in a doctor’s waiting room, volunteering at my children’s school, and even signing my little girl up to a dance camp for her enjoyment, seems to trigger so many negative and destructive emotions deep inside of me. And while I have become pretty good at hiding it all, there is no way to hide from my own mind. I know what I am paying and I know what I am losing.

There is a deep truth within me. I am tired of dealing with this kind of world. If I could take my children and run, if there was any possibility of that happening, I would do so without a single question. If there was a way that I could prevent my children from becoming me, hiding them and sheltering them from everything in their world I would do so without thought. If I could trade what would be their growth for a new reality, I wouldn’t blink. I think about running, I imagine about running, I dream about running.

And while I know in the smart part of my brain that I can’t destroy them like this, it is a fantasy that keeps me going. The knowledge that all I have to do is run keeps me sane.

I can’t be the mother that people dream of having. I can’t be the wife that husband’s wish they had, and I can’t do much of anything but survive this moment. For it is this moment that I must focus on, must get through. Not five minutes from now, not tomorrow, but simply this moment. And if that means that I learn even more ways to avoid the outside world just to stay sane, for my children, I will brave Starbucks over and over again.