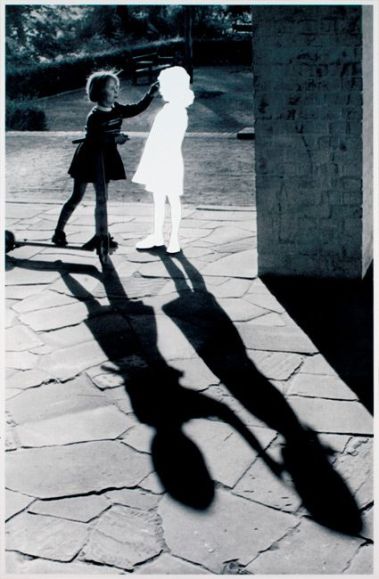 Imagine for a moment a benevolent person standing, waiting for you. The person could be a man or a woman, a girl or a boy, tall or short, thin or fat; doesn’t really matter. But he stands there in complete silence, with his hands behind his back, simply waiting. What he is waiting for isn’t the point. Who he is, isn’t the point either. The power, the reason, lies in what you are willing to give him.

Some, those of us who have strong feelings about organized religion, may see something different than the woman who goes to church faithfully. Some, desperate for the connection of one who is lost to them, may see something different than the girl who knows no pain. And some, in a bid to follow societies strictures may refuse to see anything at all; this being a viable option.

There are probably millions out  there who want to believe this illusion is a manifestation of God. They need the reassurance that there is someone out there, to be met after death, that will give them surcease from the reality we are all faced with. There are millions out there who will look at the same person and deny their very existence without looking at religion, the complexities of this earth, or even the dreams they have deep in the night. They need to believe that what they see isn’t real because to them reality is all they can handle. Maybe there are millions who just wish the thought to go away.

As for those who need to see a lost one, that is more in line with the selfish belief that somewhere out there exists a world where we don’t lose that which we need most to breathe. The person in front of them may morph continually and show the faces of those that cannot yet scientifically live beyond the sorrow of those they left behind. It isn’t cruel or even dangerous to need those we have lost. A lost soul can become anything we need them to be, including a person standing in front of us.

But you see them. To you the mirage is as real as any found in the depths of the barren lands of the Sahara. To you the person is more than a flesh and blood human, but rather something in your life that will compel you to take another look around. He pushes you without saying a word. He challenges you without moving. He makes you question even the most basic of assumptions because he already knows.

Does he know all the answers? Beats me. I am not asking. Does he allow us to find peace in the hellish journey that he created? Depends on your definition of the person standing there. Who and what he is doesn’t matter to anyone but your own self. This is how the power of the mind works and this is how you will work.

In psychology, therapists actually use this technique with those suffering. Usually the teacher asks the student to think of someone or even something that they can give their troubles to. The exercise often requires very definite actions of the behalf of the sufferer. Maybe they are required to imagine opening the box, literally putting the problem in the box, and closing the lid completely before they can move on. It is the cadence of the process that supposedly heals. For the thousands that are suffering unimaginable pain, putting that pain in a box and closing the lid may be useful; the illusion that what haunts us most isn’t there is an aphrodisiac that is alluring.  For others it is a new age quest that only works in the most gullible of minds.

I read a journal article awhile ago talking about this idea. The idea of a patient giving away some untouchable realization to an imaginative illusion seems to work. It can even, apparently, work in marriage counseling. But is it worth the try?

To be honest it is hard for me to believe that a manifestation in front of me is anything other than a distorted image that I have created. I can’t see God coming down from his highest mountain to sit in front of me waiting for me to give him something that is probably mine to bear. It doesn’t compute with me that God would ever care for me this way, and I am just unselfish enough to demand that if this illusion is the face of God that he turn and watch my children instead. God coming to me would be a waste in a world mad with destruction and the quest for power on the shoulders of babies. So, in my mind, it can’t be God.

And despite the fact that I don’t yet have all the details of what it is I am supposed to give them so that they can continue on what I can only assume is a trail of good deeds, I don’t want that image to be one of someone I lost. I don’t want to give my burdens, the deepest troubles that I know reside within, to someone I once loved. I want those I have lost to not be thinking about me and leaving but the rather the joy of finally reaching that illusive world we all hope actually exists. I want peace for them. They have no need to understand or see my troubles. 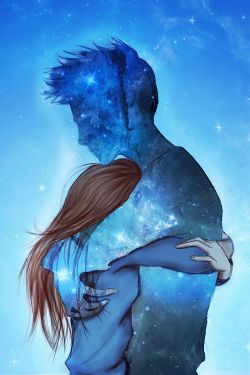 Being mentally ill prepares oneself for illusions such as the one I have described. Being mentally ill gives one the ability to understand the need to lose pain in order to fully breathe. Being sick, diseased, suffering, allows to see hope when others have it and be blind to it when we need it most. This is the reality of mental diseases. The pain and horror of the journey we travel prepares us for that which our own mothers would scream isn’t there.

I have decided to give my worries locked in a brown box to this man; because the man and the illusion is mine to destroy. I have decided to experiment and see what happens if I take the things that are bothering me the most, wrap them in a towel, place them in a box and give them to the person my soul wants to believe is there for this purpose. Will I feel lighter? Somehow I doubt it. The worries and the reality can’t be given even to God with the guarantee that everything will be better.

I don’t really know what I am doing, except going with the gut hope that this man, this imaginary being, will stop the tearing apart of my own soul.