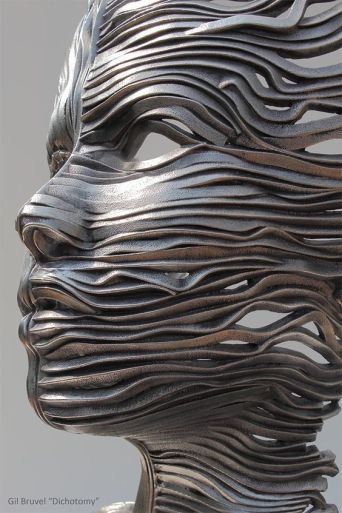 I love the words ‘I Rise, I Fall’. Despite the songs, poems, stories, even simple quotes that show up in my Facebook feed, these words have always spoken to me. They remind me of certain truths that we can not escape. It reminds me that it doesn’t matter if I was born to a heroin addicted mother or the richest woman on earth, there are always certainties. It reminds me that it doesn’t matter what I do or how I do it, I will rise and I will fall.

If I could have one super power it would be the ability to sing. The ability to belt out notes and emotions so that I could finally release the incredible dreams and the incredible loss that I know as intimately as I know my own heart. I would be able to tell stories that moved people to tears or even give someone the launching pad for their own success. Think how many times you have sat and dreamed while an iconic song plays in the background. Sometimes those songs make us want to dance in our pajamas and sometimes they require us to remain silent so that we can feel what no one has allowed us to show.

I am not a singer. Will never be a singer. I don’t even sing in church despite the fact that I believe that is probably the one venue I actually could sing in. I once joined a choir but the music director probably put me there more for my abilities to organize a group than because I could sing. It was during my time in that choir that it was brought home to me that there are certain things that I will never be able to do.

We, at least the majority of parents, love to tell their children you can do anything you want to. This, of course, is based mostly on the desire of the parents to see their children become more than they ever were. It is a wonderful sentiment that my parents gave me, and it even allowed me to once ago dream of mountains that I knew I could climb. But each time I fell, and distanced myself from the rise I was once on, I learned; I learned that not all dreams can come true. There are always falls; and there are always things that I will never be able to do. (And yet, I tell my children those same words probably for the same reasons my mom once did.)

We can’t all be the recipient of our dreams. We can’t all make our dreams come true. Not only because it takes all types to make this world work but because sometimes what we do have precludes having what we dream. The talents that are in fact such a deep part of us that it seems we literally were born with a certain gene can make it impossible to follow the dreams we once thought were so important. We, as beings, can’t be everything and all things. So instead we much choose in this world what and who we are going to be, and choose with the full knowledge of who and what we already are.

I know that the prevailing thought is that we all can do whatever it is our heart’s desire. But that thought negates the possibilities of what we can actually become. I am not now nor will I ever be the person I spent those teenage years dreaming I would be. My life didn’t work that way. The things that I thought I could do sometimes I can’t. And while that is a staggering knowledge and not one that gives an iota of comfort, it is a truth. A truth that is inescapable and must be recognized. We are all kings in our minds; but we can’t all rule.

I suppose there are those who will read this post as a negative sort of thing; a piece trying to say not to follow or work for your dreams. But if you read it closely I am saying something much different. The truth that you have to recognize, whether it is easy or not, is that for every time you rise you will in fact fall. You will trip on the successes that you hold dear to your heart and you will fall on your face with a spectacular dive that more than anything deserves to be an Olympic sport. You will rise in ways that you can not predict nor often wish were true. You will rise despite the world inside of you, and you will fall because of those things inside of you. This is true of all beings.

This universe, made of mathematical theorems that can not be denied, rises and falls. The scientific truths that we know to be the basic building blocks of nature rises and falls. It doesn’t do so physically, even we as human don’t change dramatically on the outside, however, we do rise and fall on the ethereal plane that many don’t even know is there. It is a plane that resides in our soul and in those dark corners that we fear. It is a continual heartbeat that races and calms even if we never acknowledge that it is there.