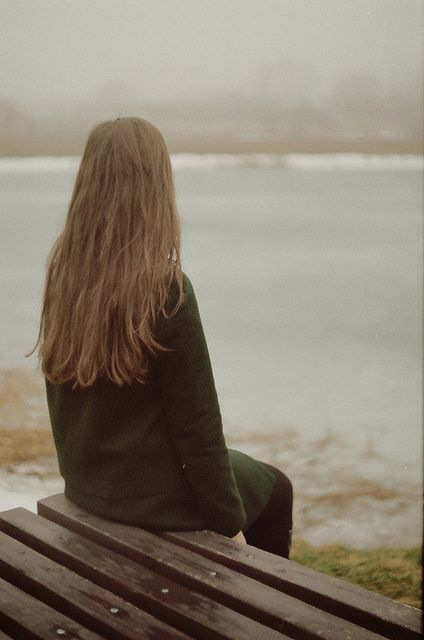 I don’t talk about politics. I don’t share my views with anyone. I don’t get mad around others and I have learned long ago the futility of trying to change someone’s minds. But with the recent leak of the Supreme Court opinion on Roe v. Wade, I felt that I had to say something…because we are in danger.

In case you missed the law class regarding Roe v. Wade, allow me to spell it out for you. The lawyers arguing the case in the 1970s realized early on that they could not make the Roe v. Wade case about abortion. It would have been dead on arrival. Talking about dead children is not a way to win a case; in any court, in any land. So the lawyers decided instead to make the case about privacy. That’s right – privacy. What you do, what decisions you make, what path you follow, and what you believe is your right to privacy. The case, so famous among abortion proponents and activists turned into a case of abortion but that was never what was actually argued. It was argued that we as a free society have the right to make decisions about ourselves without the overreaching bullying of a government. Madison would have been proud.

So when Roe v. Wade is overturned, yes, the abortion question goes to the state, but more importantly you lose your right to privacy. We will obviously see this in the highest profiles: gay marriage, interracial marriage, transgender policies, and even the prosecution of the suppressed. But we will also see it in mental illness – and that should scare the crap out of you.

Let’s have a little history lesson, because it is fun. Mental illness was first thought to be seen around 6,500BCE in cave art and the drilling of holes in skeleton skulls. Throughout history there has been three different thoughts about mental illness: it was caused by a possession (usually a demon of some sorts), it was caused by fluids being out of order and mixed up (an imbalance), or possibly the uterus was misplaced and needed to be moved to the right location. In the antiquities, we know that the mentally ill were often thought to be a possessed, and rigorous attendance to religious doctrine would fix the problem. Of course, there was those like the Hebrews who believed the demon possession was a sign of God’s displeasure. Around 390BC it was believed that there was a deficiency in our four essential bodily fluids. Papers and tests went round and round trying to prove this theory; although there were still those doubters who believed that demon possession made more sense. Skip to the middle ages, and you have politics and turmoil – through plagues and famines, that were directly attributed to the mentally ill. All of a sudden prayer wasn’t enough – we needed to burn those with a mental illness. Sacrifice innocents in the name of the safety of all. About the 16th century, asylums and mental institutions became popular. For a fee you could send your “loved” one to a place where abuses were so disgusting that I am not even going into them here. Fun fact: for a little fee you could see the “monsters” in person. During this time purging, bleeding and emetics were common. And although there would be times in the 1700s where the mentally ill were treated with dignity and care this wasn’t the norm. People like Dorothea Dix and Philippe Pinel tried to change the system, but after thousands of years – all the way back to those cave drawings, people feared mental illness so things never completely changed. While we don’t burn people at the stake anymore, some of the solutions to be able to control and handle mental illness went 360 degrees back to drilling holes into skulls. Of course, we can’t forget the millions of people who were routinely killed because of their diseases. We can’t forget those locked into basements or attics and ignored. Heck, ask Patrick Henry where his wife was while he was giving his famous speech. Those who are mentally ill have a right to be horrified and scared in a society that for 8,000 years have literally treated them in such disgusting manners that the question of God, Himself, can be justified. In this day and age, when we can’t have an honest discussion about the civil war, how are we ever going to teach our children about what science has done to the mentally ill?

Believe it or not, the previous paragraph was a brief (very brief) summary of mental illness through the ages and should not be taken as in any way the full story. The full story would give you nightmares.

So, here we are in 2022, and once again our story is going to be written by people who are not doctors or compassionate scientists. Our story is about to take on a new chapter, simply because the privacy we hold onto will be abolished. I would be happy to be wrong; but I’m not. And you should be scared and very aware of the danger about to befall upon you.

If you are like most mentally ill patients you learned early on simply not to discuss your diagnosis. Between doctors who will refuse to see me because I am mentally ill, to friends and even family who have walked away from me, there are very few people I trust with the truth about my health. And that’s when I had the right to privacy.

So, what happens next?

The truth is, I don’t know. I don’t know if they are going to create a registry list, similar to the one they made for sex offenders that show exactly where each mentally ill individual resides. I don’t know if the courts are going to be even more rigid in their decisions regarding the mentally ill because without the right to privacy they will have access to all my secrets. (If my husband divorces me, will it matter that I can hold onto a job, am taking my meds regularly, and seeing my doctors as needed – or will some stranger in a black robe simply take my children away?) Will news reports, which already love to blame mental illness on every disaster, have access to medical files that are currently protected? Will my family be able to lock me away, as they did my grandmother in the 1950s, without permission? Will cops break down my doors because all of a sudden I am a danger to society? Will those of us who are mentally ill have to seek refuge in conclaves that are built around others with the same problems? Will someone drill a hole in my head? Will someone kill me? Will someone destroy everything I built simply because I have a disease with no cure, and am in a medical situation which is in no way my fault? Will being mentally ill fall into the same categories as race, gender equality, or transgender issues and treated in the same disgusting way as people have acted throughout the centuries?

The mentally ill have suffered. They have suffered throughout history and they will always suffer in so many ways. I usually spend my time talking about the physical problems that arise out of drugs prescribed for my disease. I take the time to introduce and try to explain depression and mania. I try and be fair and talk about the toll it takes on those around me. I try to help those with my same disease to see that not only are they not alone, but there are things that can be done to help. I try to talk honestly about my disease not because I find joy in it, although I find a certain weight lifted, but because I don’t want other readers to ever feel that they are on their own. Will this come back to haunt me?

There is no cure for mental illness. There will never be a cure for mental illness. And while some drugs are better at managing symptoms then others, there is no cure. There can’t be. After 8,000 years (and probably more), if we haven’t gotten a handle on these diseases we aren’t going to be able to anytime soon. It’s simple math. It’s also a simple truth that no two mentally ill patients are alike. Scientists would have to come up with 53 million different “cures” to even begin to keep mental illness out of the danger of those who would destroy us.

Without the privacy afforded to us by Roe v. Wade our lives are going to change. Don’t worry, they will go after the big fish first. If they can go after something that the majority of Americans have no problem with, they can come after just about anything there is. We depend, naively, on the government and on the courts to protect us, but what happens when they are no longer able to? What happens when they are given the sword and pointed at our direction? Who do we go to for protection then?

It saddens me that we now have to talk about this. But more than that it makes me angry. I have spent the last couple of decades working to prove that despite the fact I am mentally ill, I am still a human being. I have worked in places that required classification statuses, I have raised my children to be good and compassionate humans, and I have done everything asked of me by doctors. And still, without privacy, I will be forever condemned for having a disease. A disease that if called by any other name would not be used against me.

I daydream of a day when good outweighs bad. I daydream of a life when I don’t have to apologize or justify who and what I am so that others will be more comfortable around me. I daydream of a day when mental illness will not be used to explain evil. I daydream of a world where my children can’t be taken from me just because of a note in a doctor’s file. I often dream, of the next world, when it just might be possible that the person that I am will not only be accepted, but loved completely. These are pipe dreams. But as I wait to see what the lack of privacy will do to my life, I can only continue to dream of a world where danger doesn’t lurk. I suppose I should be thankful that I don’t have an attic to be stuffed in and forgotten.