The Original Posting – The Mom

It is that time of year again. For me it is a time when the weather gets simply excruciating, when pumpkins are carved only to be thrown away and when the kids of each neighborhood get to dress up in their favorite hero or monster and roam the streets. It is a sweet holiday where small children learn the wonder of masses of quantities of candy and their parents limitations on sugar highs. CONTINUE READING…

The Eyes Have It – Originally Posted January 2015

I don’t have much in my life these days. I don’t have any money to speak of; I certainly don’t have a job, direction, or even a clue as to how I am going to survive until next week much less next year. I am a bipolar woman who spends the majority of her days all alone, just as I wish, but now has to go get a job.  I am a person who is intelligent and for the most part doesn’t understand the vast majority of information that most seem to understand easily. CONTINUE READING…

Children Are Meant to Break Our Hearts – Originally Posted January 2013

The idea that children are meant to break mother’s hearts was once an insane idea to me.  How in the world did I, in all my perfection, with a mother who adored me, possibly have the capability of breaking a mother’s heart?  Shouldn’t the only thing a mother have is regard, true love and devotion, and maybe a dose of humor when speaking, thinking or even seeing their child?  CONTINUE READING…

In this world of unfathomable pain, how do we reconcile the beauty of God’s soul with the tragedy of a lost child?  The loss of innocence and beauty cannot be replaced with the hope of God’s great love, nor can it be easily understood in the words of scripture.  CONTINUE READING…

Teaching A Child to Give – Originally Posted December 2012

I came across a really great idea for your children over the holidays.  If you don’t have children, pass this along to someone who does.  It is important to teach not only the joy and magic of receiving Christmas, but the absolute beauty of giving this time of year. CONTINUE READING… 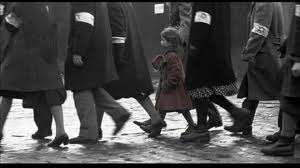 The Girl In the Red Coat – Originally Published November 2012

Have you ever seen an image that was horrible, it took but a split second to register in your mind and change your day forever?  Maybe for you it was art, for me it has always been art imitating life.   Movies.  CONTINUE READING…

Learning From Our Betters – November 2015

And the Monsters Smile – October 2015

Learning From Our Betters – November 2015

A Boy and A Girl – Originally Posted January 2015

A Mixture of Love – Originally Posted May 2014

A Voice in the Insanity – Originally Posted July 2013

The Great Change – Originally Posted May 2013

Boots Are Made for Walking – Originally Posted March 2013

Is it to Early for Magic? – Originally Posted November 2012

A Geek or A King – Originally Posted November 2012